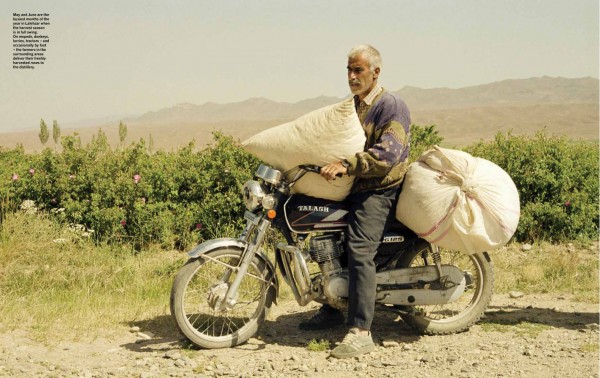 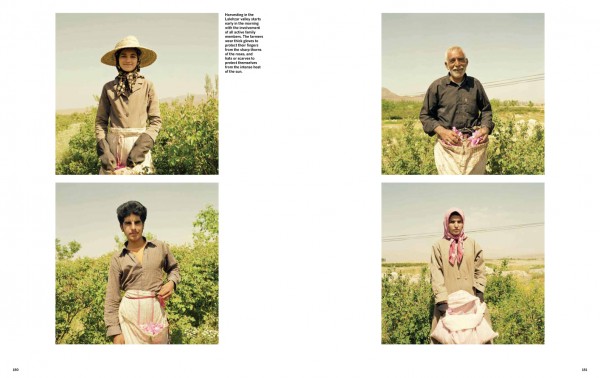 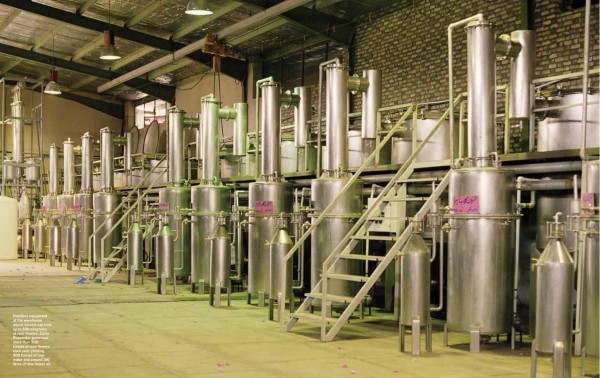 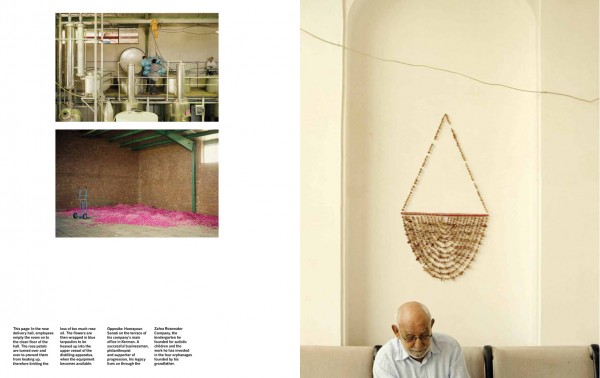 In the 1970s, in a climate that was difficult both politically and literally, Iran’s Lalehzar valley became the birthplace of a new crop – and a different way of life

Our journey on the arrow-straight highways through Iran’s rugged landscape seems endless. The only relief from the monotony comes in the form of oversized roundabouts that are so large, our driver hardly needs to turn the steering wheel, and the trucks in the opposite curve appear like Dinky toys. The few people we see on the streets are armed to the back teeth – soldiers doing military checks. We are on our way to the Lalehzar valley in the southeast of Iran. One of the most important drug routes runs through this area, from where, via Tehran, opium reaches Istanbul and the rest of the world.

In the 1970s, Homayoun Sanati inherited around a fifth of the Lalehzar valley. Sanati (the name means something along the lines of “industry” in Farsi) came from an influential family that has contributed substantially to Iran’s economic development for generations. During the ‘70s, the valley’s farmers depended on wheat and potato crops – and on the lucrative business of growing opium poppies.

It was a practice that Sanati was adamant would no longer continue on his land, the long-term conflicts of which have cost the lives of many. Gazing out over the valley, he realised that the plants at 10,000ft tasted better and smelled more aromatic than anything he had encountered in his hometown of Kerman, 4,000ft below. With this in mind, Sanati embarked on an experiment. He bought 100 rose cuttings and began to cultivate them on the higher land. Soon, the Damask rose – a very robust hybrid – proved its ability to survive the inhospitable conditions: it withstood the dry climate of the Lalehzar valley well, even thriving under the conditions. The less water it received, the more intense its perfume and the purer the oil extracted from its petals became. In 1978, the Zahra Rosewater Company was born.

But it was a stroke of luck that did not last, and the unstable political climate in Iran during the late ‘70s was to determine Sanati’s destiny. Under the Shah’s rule, Sanati swapped his job as a store owner at the local bazaar for a role in translating American literature and children’s books into Farsi. He ended up running the country’s largest publishing house in collaboration with a US publishing company. When the revolution erupted, he was accused of being a CIA agent and sentenced to five years’ imprisonment – three of which he spent in solitary confinement.

Back at home in the Lalehzar valley, meanwhile, the farmers refused to supply Sanati’s wife with water to irrigate the crops. Even so, the roses survived the duration of her husband’s incarceration undamaged. Impressed by the resilience of the plant, the farmers gradually started trading their opium crops for rose fields. Although roses did not have the same profit margins as opium, they only needed a fifth of the water. And when Ayatollah Khomeini came to power, those cultivating opium were threatened with the death sentence, which further deterred its growth. Over time, the farmers saw the rose as a viable profit-making (and non-destructive) alternative to opium. Upon Sanati’s return, they pledged their support for the Zahra Rosewater Company.

Today, over 500 farmers supply roses to the company, which now claims five percent of the worldwide production of high quality organic rose oil, mainly used for cooking and cosmetics. The cultivation covers 1,500 hectares and the valley is carpeted in rosy-pink during the early summer months.

During the annual harvest, in which up to 50 tonnes of rose petals are gathered daily, the representatives of the cosmetics companies travel from Europe to monitor the purity of the ingredients. The rose oil extracted for the organic cosmetics industry is subject to more stringent testing than the oil for the food industry. Even the most minor impurity, not to mention the use of pesticides, can result in the disqualification of the product. Compliance with these standards is, of course, routine for the Zahra Rosewater Company: they have been working with the finicky Europeans for decades.

Sanati effectively built a rose empire from the ground up, but he was not only a businessman – he was also an idealist with even bigger dreams. A few miles from the rose fields, he founded a biodynamic community development with technical support from German and French quality controllers: a Rudolf Steiner project – in the midst of a wild land of the mullahs – that still exists today.

The people in this community cultivate their fields not only without pesticides, but they also produce their own fertiliser and keep livestock. As practitioners of anthroposophic principles, this is a project that, like so many in Iran, doesn’t quite fit the image of an Islamic state known for brutal suppression. The reawakening of the so-called Green Revolution may not have had much to do with the ecology of agriculture in a direct sense, but farming like this represents a formidable act of civil disobedience.

As an avid supporter of progression, Sanati also worked closely with the German NGO Agro Action to roll out a rose-growing programme on 100 hectares of land in Nangarhar province, Afghanistan, as an alternative to the poppy crop. He was an outspoken critic of the oppression of women’s rights and he devoted a lot of energy to education. In contrast to traditional Iranian practice, girls and boys at the Sanati Foundation’s institutions attend school together. It remains a daring move: one that is opposed by the current government, but one that is silently tolerated.

Sanati’s impact doesn’t stop there. He set up a kindergarten for autistic children and continued to run the four orphanages founded by his grandfather, where children are taught according to anthroposophic principles; music, art and literature feature heavily on the curriculum. Sanati saw his work with Iran’s future generations as important as the struggle against the cultivation of opium poppies. Even today, there are many Iranian orphans – a consequence of the revolution and the military conflicts with neighbouring states, as well as the drug wars.

Sanati passed away in 2009 but his legacy lives on. Although he died childless, the children of the Sanati Foundation are all his: when they leave, they will bear his surname. And so, one hopes, his humanist ideals will continue to blossom like his first rose harvest.