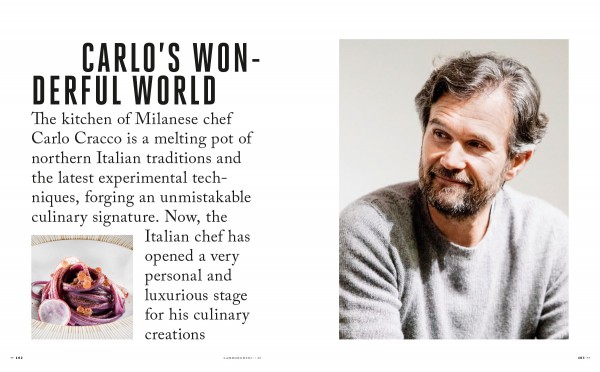 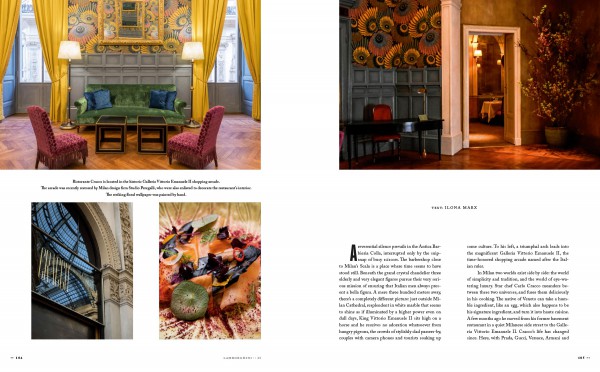 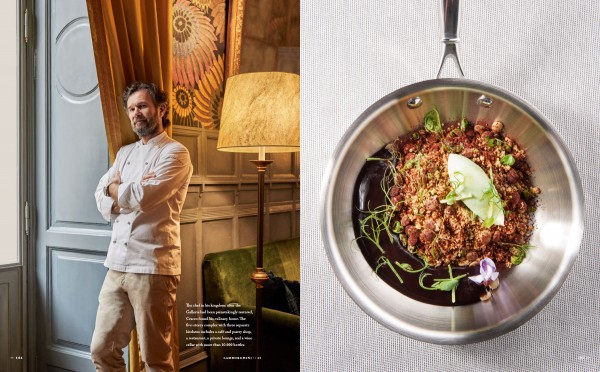 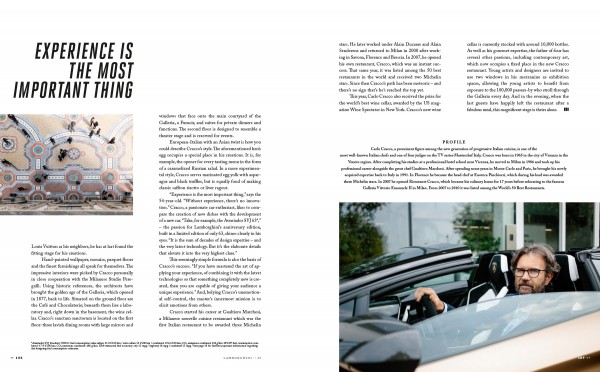 A reverential silence prevails in the Antica Barbieria Colla, interrupted only by the snipsnap of busy scissors. The barbershop close to Milan’s Scala is a place where time seems to have stood still. Beneath the grand crystal chandelier three elderly and very elegant figaros pursue their very serious mission of ensuring that Italian men always present a bella figura.
A mere three hundred meters away, there’s a completely different picture: just outside Milan Cathedral, resplendent in white marble that seems to shine as if illuminated by a higher power even on dull days, King Vittorio Emanuele II sits high on a horse and he receives no adoration whatsoever from hungry pigeons, the crowds of stylishly clad passers-by, couples with camera phones and tourists soaking up some culture. To his left, a triumphal arch leads into the magnificent Galleria Vittorio Emanuele II, the time-honored shopping arcade named after the Italian ruler.

In Milan two worlds exist side by side: the world of simplicity and tradition, and the world of eye-watering luxury. Star chef Carlo Cracco meanders between these two universes, and fuses them deliciously in his cooking. The native of Veneto can take a humble ingredient, like an egg, which also happens to be his signature ingredient, and turn it into haute cuisine. A few months ago he moved from his former basement restaurant in a quiet Milanese side street to the Galleria Vittorio Emanuele II. Cracco’s life has changed since. Here, with Prada, Gucci, Versace, Armani and Louis Vuitton as his neighbors, he has at last found the fitting stage for his creations. Hand-painted wallpaper, mosaics, parquet floors and the finest furnishings all speak for themselves. The impressive interiors were picked by Cracco personally in close cooperation with the Milanese Studio Peregalli. Using historic references, the architects have brought the golden age of the Galleria, which opened in 1877, back to life. Situated on the ground floor are the Café and Chocolaterie; beneath them lies a laboratory and, right down in the basement, the wine cellar. Cracco’s sanctum sanctorum is located on the first floor: three lavish dining rooms with large mirrors and windows that face onto the main courtyard of the Galleria, a Fumoir, and suites for private dinners and functions. The second floor is designed to resemble a theater stage and is reserved for events. European-Italian with an Asian twist is how you could describe Cracco’s style.
The aforementioned hen’s egg occupies a special place in his creations. It is, for example, the opener for every tasting menu in the form of a caramelized Russian salad. In a more experimental style, Cracco serves marinated egg yolk with asparagus and black truffles, but is equally fond of making classic saffron risotto or liver ragout.
“Experience is the most important thing,” says the 54-year-old. “Without experience, there’s no innovation.” Cracco, a passionate car enthusiast, likes to compare the creation of new dishes with the development of a new car. “Take, for example, the Aventador SVJ 63*,” – the passion for Lamborghini’s anniversary edition, built in a limited edition of only 63, shines clearly in his eyes. “It is the sum of decades of design expertise – and the very latest technology. But it’s the elaborate details that elevate it into the very highest class.” This seemingly simple formula is also the basis of Cracco’s success. “If you have mastered the art of applying your experience, of combining it with the latest technologies so that something completely new is created, then you are capable of giving your audience a unique experience.” And, belying Cracco’s unemotional self-control, the master’s innermost mission is to elicit emotions from others.

Cracco started his career at Gualtiero Marchesi, a Milanese nouvelle cuisine restaurant which was the first Italian restaurant to be awarded three Michelin stars. He later worked under Alain Ducasse and Alain Senderens and returned to Milan in 2000 after working in Savona, Florence and Brescia. In 2007, he opened his own restaurant, Cracco, which was an instant success. That same year, it was listed among the 50 best restaurants in the world and received two Michelin stars. Since then Cracco’s path has been meteoric – and there’s no sign that’s he’s reached the top yet. This year, Carlo Cracco also received the prize for the world’s best wine cellar, awarded by the US magazine Wine Spectator in New York. Cracco’s new wine cellar is currently stocked with around 10,000 bottles. As well as his gourmet expertise, the father of four has several other passions, including contemporary art, which now occupies a fixed place in the new Cracco restaurant. Young artists and designers are invited to use two windows in his mezzanine as exhibition spaces, allowing the young artists to benefit from exposure to the 100,000 passers-by who stroll through the Galleria every day. And in the evening, when the last guests have happily left the restaurant after a fabulous meal, this magnificent stage is theirs alone.