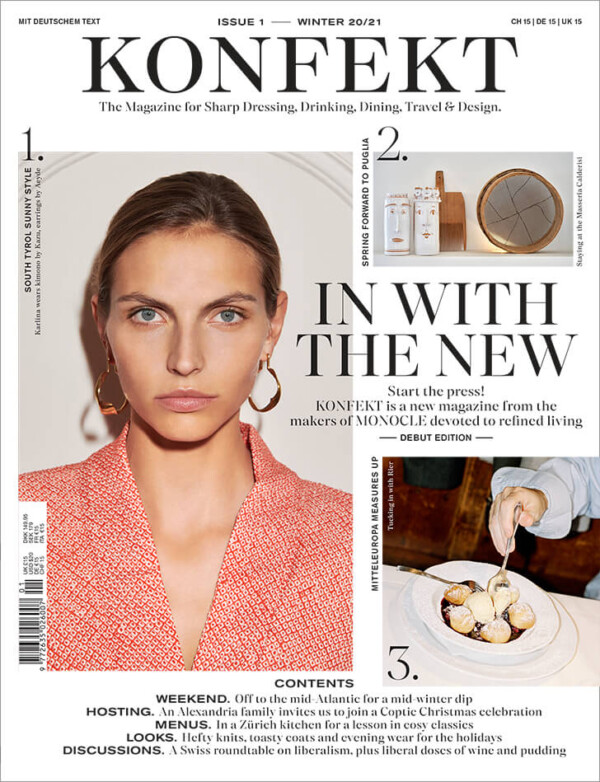 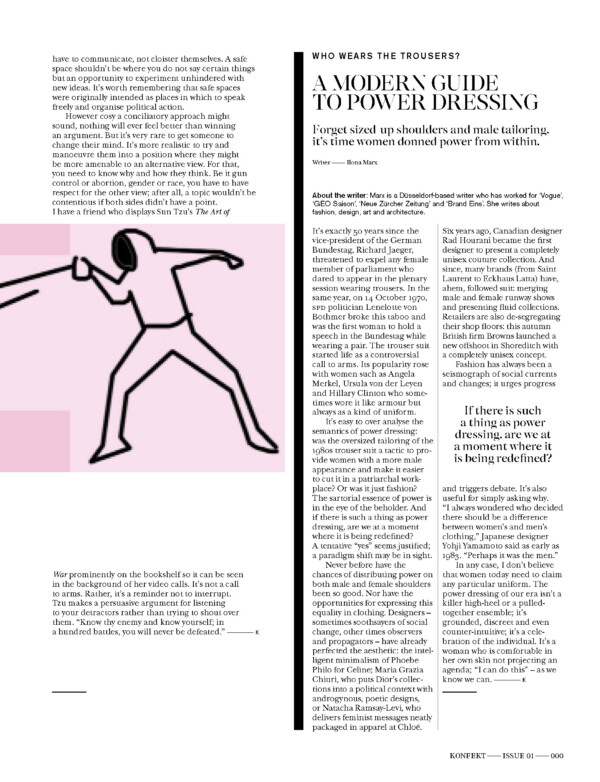 Who wears the trousers?
A modern guide to power dressing

It’s exactly 50 years since the vice-president of the German Bundestag, Richard Jaeger, threatened to expel any female member of parliament who dared to appear in the plenary session wearing trousers. In the same year, on 14 October 1970, SPD politician Lenelotte von Bothmer broke this taboo and was the first woman to hold a speech in the Bundestag while wearing a pair. The trouser suit started life as a controversial call to arms. Its popularity rose with women such as Angela Merkel, Ursula von der Leyen and Hillary Clinton who sometimes wore it like armour but always as a kind of uniform.

It’s easy to over analyse the semantics of power dressing: was the oversized tailoring of the 1980s trouser suit a tactic to provide women with a more male appearance and make it easier to cut it in a patriarchal workplace? Or was it just fashion?
The sartorial essence of power is in the eye of the beholder. And if there is such a thing as power dressing, are we at a moment where it is being redefined? A tentative “yes” seems justified; a paradigm shift may be in sight.

Never before have the chances of distributing power on both male and female shoulders been so good. Nor have the opportunities for expressing this equality in clothing. Designers – sometimes soothsayers of social change, other times observers and propagators – have already perfected the aesthetic: the intelligent minimalism of Phoebe Philo for Celine; Maria Grazia Chiuri, who puts Dior’s collections into a political context with androgynous, poetic designs, or Natacha Ramsay-Levi, who delivers feminist messages neatly packaged in apparel at Chloé.

Fashion has always been a seismograph of social currents and changes; it urges progress and triggers debate. It’s also useful for simply asking why. “I always wondered who decided there should be a difference between women’s and men’s clothing,” Japanese designer Yohji Yamamoto said as early as 1983. “Perhaps it was the men.”

In any case, I don’t believe that women today need to claim any particular uniform. The power dressing of our era isn’t a killer high-heel or a pulledtogether ensemble; it’s grounded, discreet and even counter-intuitive; it’s a celebration of the individual. It’s a woman who is comfortable in her own skin not projecting an agenda; “I can do this” – as we know we can.